Berlin is well-known for its many flea markets, crammed full of oddities and dodgy, DDR-era furniture. However on Sunday we headed down to the last day of Berlin’s Transmediale festival to experience a completely different type of market – the Internet Yami-Ichi. Transmediale is a festival the concept of which can be hard to pin down, but that essentially explores the connections between art, culture and technology. Similarly, the concept of the Internet Yami-Ichi is hard to understand or explain. 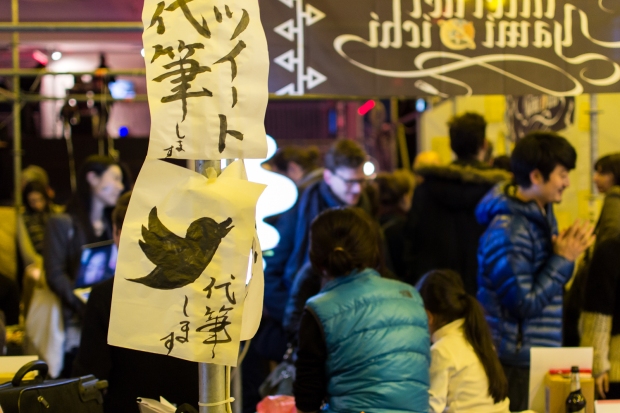 Born out of Tokyo, the Internet Yami-Ichi is an attempt to bring the internet into the physical world and regain lost freedoms. Yami-Ichi can be translated as “black market”, but the name also carries another meaning. Yami can be interpreted as darkness, obsessiveness and fetish, and walking around the stalls and exhibitions of the market the obsessiveness could certainly be seen first hand.

It was somehow providing “something for everyone” and “nothing for anybody” at the same time, yet judging from the amount of “sold out” signs you could see by the early afternoon, a buyer could be found for everything. Every so often you would come across “The Internet Guy” who would effectively do a real-world retweet of a message of your choosing. Writing it on a board and shouting it to all in attendance, all whilst sporting a tight, white morphsuit – the bizarreness of the internet incarnate. The whole thing was reminiscent of some William Gibson novel, where the line between the real and virtual worlds had become blurred.

One of the most interesting concepts we came across was by a Japanese artist called Tomoya Watanabe. Rather than bringing the internet to the physical world he’s kind of doing the opposite, bringing some of the most mundane objects into the virtual realm – stones. Inspired by the work of American artist Justin Kemp, he set about scanning rocks into 3D models and assigning them IP addresses. It’s strange, but the concept of a world where every object exists in both the physical and virtual realms is intriguing nonetheless.

If it all sounds a bit crazy, it’s because it is. The whole thing is driven by a self-proclaimed secret online society that is 100 years old called IDPW (I Pass), which somehow predates the internet by about 70 years but hey, who am I to question it. If I learnt one thing from the experience it was not to question anything too much and just accept it in all it’s whimsical glory. We managed to catch up with the guy who came up with the whole concept – artist Kensuke Sembo, also known as exonemo. 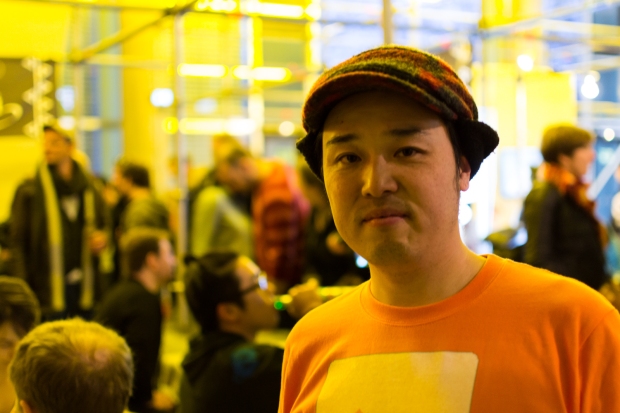 We learnt from him that this was the third Internet Yami-Ichi, the first two being held in Tokyo. He described how it was all about bringing the internet back to the freedom it had in earlier years, before big corporations like Google and Facebook rose to power and started imposing more and more restrictions. These places that we now spend nearly all of our online time are constantly coming under increased control, but the Yami-Ichi is the antithesis. The internet but in an uninhibited, physical space where anything goes, and the rules and regulations of online giants no longer apply.

On the face of it, it may seem kind of odd to see people paying for broken hard drives, Soundcloud followers and CDs of Wikipedia in morse code. However the underlying concept is really unique and compelling. As we go forward the divide between what is real and virtual is becoming less clear. Virtual reality headsets (like the Oculus Rift featured in one of the exhibitions) are soon to be released, cryptocurrencies like Bitcoin are on the rise and perhaps in the not-so-distant future, we’ll all be buying stuff like this at Sunday markets, right alongside the cheap furniture, knock-off Ray-Bans and broken cameras.